The priory was pleased on 28th February to welcome Fr Bruno Cadoré, the Master of the Order of Preachers and 86th successor of St. Dominic. This was Fr Cadoré’s second visit to Cambridge in his term as Master, which is due to close next year. In spite of delays caused by the sudden spell of snow and ice, the Master found time to meet both the community as a whole, and more intimately the novices. 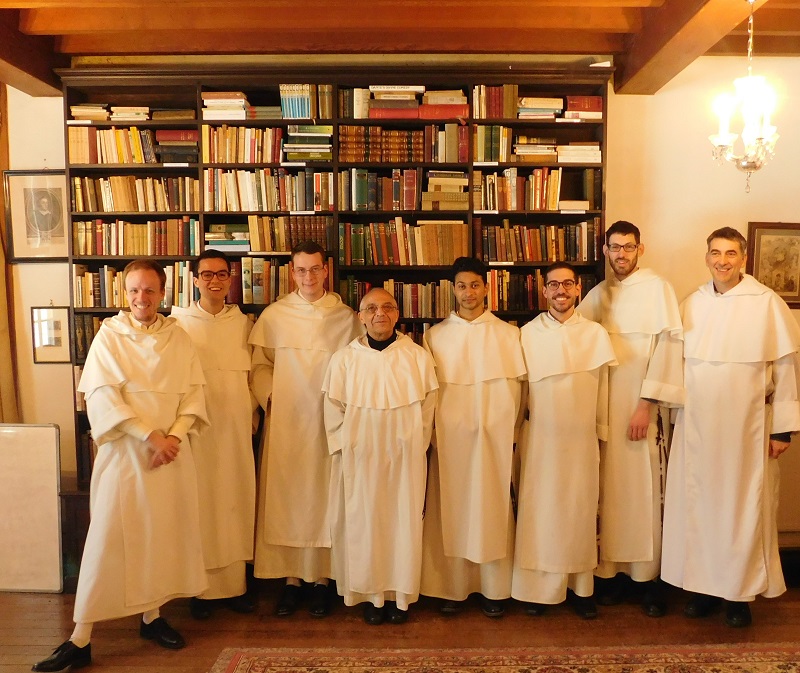 At both meetings a two-way dialogue ensued, as the Master told of the Order’s faring in other parts of the world and as his brothers reported on their own experiences, their hopes and fears, their dreams and anxieties within Cambridge and the English Province. Speaking later just to the novices, Fr Cadoré said he wanted to learn from them how God’s Holy Spirit is trying to direct the Order with the particular individuals He is calling to His harvest, each one with his own history, skills, preoccupations. After much listening and long discussions, Fr Cadoré left them with this exhortation: “I want you this year to realise that you are just a human being, with whom God wants to have a conversation.”