Home > Blog: Life in the Novitiate > Novices Receive the Habit of St Dominic

On the evening of Sunday 18th September seven men were clothed in the habit of St. Dominic. Fr Aidan Nichols, Prior of Blackfriars Cambridge, clothed the six men for the English province in place of Fr Martin Ganeri. Fr Rene Dinklo, provincial for the Netherlands, clothed Br Augustine for the Dutch province.

The habit consists of many parts each with a distinctive meaning:

The scapular the white capuce (hood), the black cappa (cape) and the black capuce.
The novices will be living a year of discernment as members of the Blackfriars Cambridge community practising the three evangelical counsels; poverty, chastity and obedience.

Please keep the novices in your prayersthe tunic, the belt and rosary 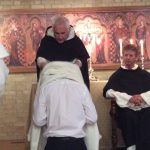 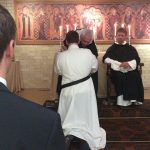 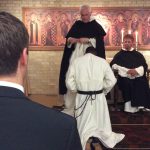 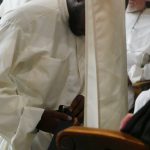 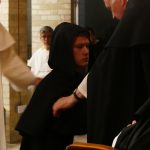 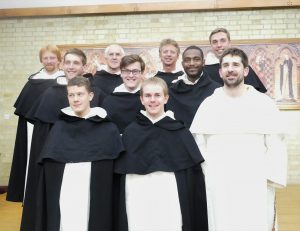